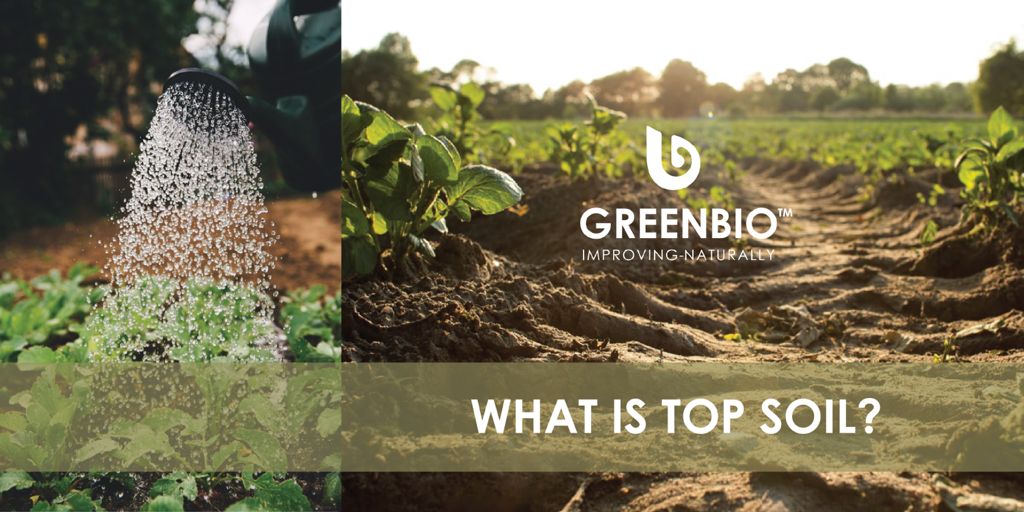 What is topsoil? Topsoil is the uppermost layer of soil – usually the top 5 to 10 inches. It generally has the highest concentration of organic matter and microorganisms. Most of the earth’s biological activity occurs in topsoil. Topsoil is weathered rock that has come into contact with a living root.

The 5 different groups of micro-organisms in topsoil are:

Topsoil contains living roots and is a living system that supports all forms of life. We must implement farming management systems that build topsoil.

Water also plays an integral role in maintaining soil life – We will address this later again in the article.

How do we feed or build topsoil?

The short answer is a living roots – this is however not a satisfactory answer. Building topsoil is a biological process and not a chemical one.

Remember that in Biology multiplication and division give you the same answer.

There are 1 x 109 – 11 CFU’s in a teaspoon of healthy living topsoil. It consists of such a multitude of species that most of them have not been identified yet.

What does any living organism need to multiply or grow?

The main needs are food and air – this can be CO2 or O2, and the correct temperature. Bacteria is in the artic and the desert. So, the temperature range and moisture level at which some of these bacteria can grow vary

Often in the different micro-organisms in topsoil, one organism’s waste is another organism’s food source. The bacteria and fungi feed on the organic matter and the root exudates (this is sugar excrete via a living root). The bacteria and fungi become food for the Nematodes and Protozoa and Arthropods. These again become food for a higher life source including earthworms, moles, and birds.

We have a carbon-based life – so all living organisms need carbon. There are two sources of carbon for bacteria and fungi in the soil.

One is organic matter – dead plant or animal matter, or faecal matter and urine.

The other source of carbon is the root exudates. This is the slimy liquid that is excreted on root tips. It is excreted as various sugars. This is a liquid carbon that is a product of photosynthesis. A much more stable carbon than that of organic matter.

The problem with organic matter is that the final product, when it has broken down completely, leaves only H2O and CO2.

So, you cannot build soil carbon by adding compost or mulching. Compost or mulching has its advantages. It is food source for the bacteria and the fungi, and they can multiply on the organic matter. It also helps with water retention. Compost also helps to increase the microbial life in the soil, and this has various other benefits that we will touch on later.

Liquid carbon that is excreted via the root through photosynthesis, builds soil carbon 5 – 30 times quicker than adding compost. This shows how vital a living root is for the health of the topsoil.

The other aspect of building healthy topsoil is plant diversity

The more plant species you have the bigger your microorganism diversity is in the topsoil. The more carbon you can sequestrate or capture in your soil.

Each plant excretes different sugars, feeding different microorganisms – what these different organisms do is through enzymes and chemical excretions, acids. For example, they make the minerals more bio-available firstly for themselves to survive, but secondly to the plant as well. This is an important symbiosis between the plant root excretions and the various microorganisms. The plant to get its basket of various elements and minerals and micro-elements, to produce healthy nutrient dense food.

An especially important aspect of microorganisms in topsoil is quorum sensing. You need a certain number of bacteria so that they can function properly. When enough bacteria is present the magic really starts to happen. The bacteria start building the soil aggregates around the roots, to improve the mineral exchange between root and microorganism, where the different mineral and water cycles function optimally.

The interesting thing with quorum sensing, is where the microorganism can stimulate gene expression in the host plant or in the digestive tract in mammals. This gene expression is normally positive regarding immune stimulation.

Building carbon in topsoil should be all farmers’ aim. An increase in carbon content in the soil has a direct effect on the nutritional status of the plant and this improves the health of both production animals and human health.

Farmers that have integrated animals on their hay meadows or even on the cash crop fields, in their fruit orchards, have increased their carbon sequestration in their soil.

Example: A farmer put cattle on his hay meadow during spring, to feed it as standing hay, he used UHDG as the grazing management system.

Result: Double the number of bales of the field compared with the field that he mowed in spring rather than grazing it.

The symbiosis, of the cattle the veld and the root stimulation, is undeniable – animals stimulate root exudates, and therefore stimulate bacterial growth in the topsoil.

The next question is, “How do you protect your topsoil?”

Therefore, it is crucial that we increase our carbon content in our soil.

This will only happen once the quorum sensing has been achieved. We must reach a certain threshold of microorganisms to achieve this nutrient network.

The Mycorrhizal fungi is thinner than the root hairs – so it can penetrate cracks in the soil where roots cannot penetrate, and through these cracks it can transport water to the plant.

Tillage, pesticides and herbicides and even inorganic fertilizer destroy mycorrhizal fungi. We are destroying our microorganism ability to help the plant survive that again is crucial for the survival of the microorganism in the soil.

It is obvious how important healthy topsoil is, not only for the plant but for all living forms of life. By adding inorganic Nitrogen fertilizers to our cash crops, we block or stop the soil biology to do its work. The plant shuts down the excretion of root exudates, and therefore the full benefit of having a living root in the soil.

Topsoil is the uppermost layer of soil with concentration of organic matter and microorganisms.

We will not build our soils with current chemical agricultural systems.

Nothing and nobody are independent beings. We are all interconnected and need each other for survival.

Two thoughts that I do want to leave behind for today:

Dr. James Blignaut mentioned at The Landbou Weekblad Regenerative Agriculture Day, that the west of the country will have to look at regenerative agriculture to become or remain profitable.

Secondly Jay Fuehrer a soil scientist said – “If you take more carbon out of your soil than what you put in, your sons will not farm your land.”